UR MOST ADVANCED THERMOGENIC AVAILABLE, FOR AN EXPLOSIVE ENERGY & SENSORY EXPERIENCE

An antioxidant also found in broccoli and spinach. Aids in the metabolism of the macronutrients carbs, fats and proteins.

Also known as Aframomum melegueta, Guinea pepper or Alligator pepper. The seeds have been used traditionally for a long time and supply the pungent compound 6-paradol.

In one study, researchers monitored subjects who took C. canephora robusta — the key weight loss ingredient in Hydroxycut Hardcore® Super Elite — for 60 days. On average, they lost 10.95 lbs., while the placebo group lost an average of 5.4 lbs. Both groups followed a low-calorie diet. In a separate 8-week study, researchers monitored two groups following a calorie-reduced diet and performing moderate exercise. Subjects using C. canephora robusta lost an average of 3.7 lbs., while those using a placebo lost an average of 1.25 lbs. **Caffeine boosts energy, focus and thermogenesis. 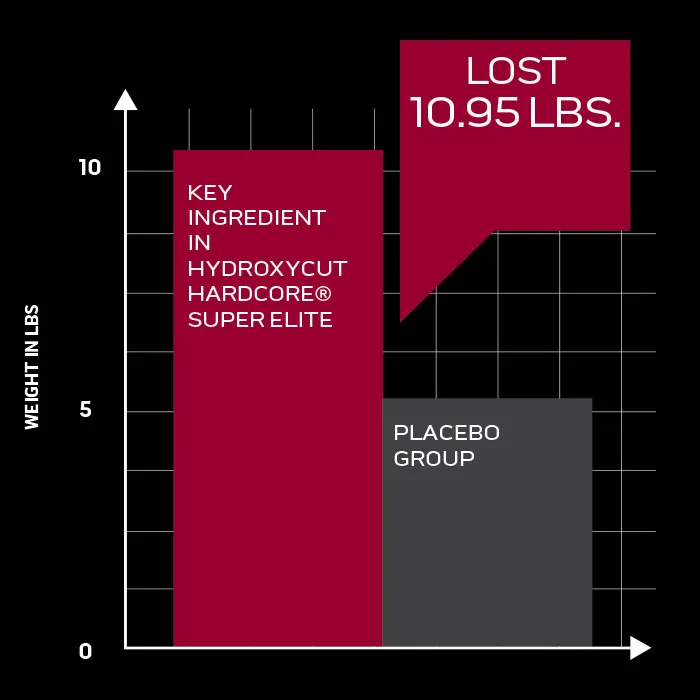